Five out of five for Joshua “TKO” Studdard 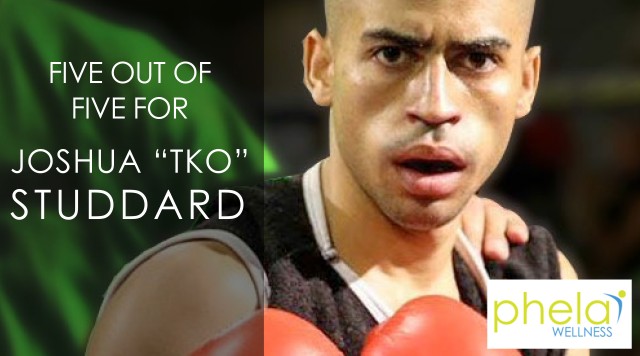 19 Feb Five out of five for Joshua “TKO” Studdard

Joshua Studdard, a graduate intern employed by Thebe Ya Bophelo Health, is fast emerging as our youngest up-and-coming boxing star. His training, supplementation and coaching in preparing for his boxing is being sponsored by Thebemed medical aid scheme, with Joshua shining both in the work place and in the boxing arena.

Joshua the rising Star
As proof of this, his latest skirmish was against Mthobisi Nkosi over the weekend of 6th February, at Emperor’s Palace, where he racked up a fantastic win with ANOTHER first round knock-out. To see just how our very own champion is making his mark please go to our Facebook page to view a blow-by-blow rendition of this, his FIFTH pro fight and his FIFTH knock-out. It appears that nothing can stop young “TKO” from going all the way to the top of his league and beyond!

Commentary by Golden Gloves
“Joshua Studdard’s right hand has earned rave reviews – and with good reason. The man packs a trip hammer and he unloaded it in explosive fashion to stop Mthobisi Nkosi in the first round. Studdard took his time, soaked up a couple of punches against the ropes, and then dropped the bomb. He has a natural fighter’s instinct and slips punches beautifully; little wonder Berman is high on him.”
www.goldengloves.co.za

A Champion in the making
This commentary garnered from those in the know at Golden Gloves, points to a shining future for Joshua, as he is clearly highly rated as a champion in the making. Catch all the action at Joshua’s next bout on the 19th of March at Emperors Palace together with Thebemed’s other titleholder fighter, Hekkie Budler. This very strong bill will be broadcast not only in South Africa but ALSO into the US via ESPN. This is the first time that all fights taking place in South Africa will also be televised in the USA. Most definitely not something you want to miss.

Joshua has earned a great deal of positive exposure, developing a winning reputation. Here are some of his loyal Thebemed supporters, clad in their green t-shirts and lending their rowdy support. 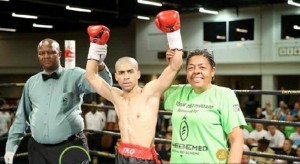 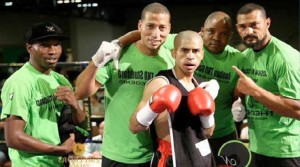