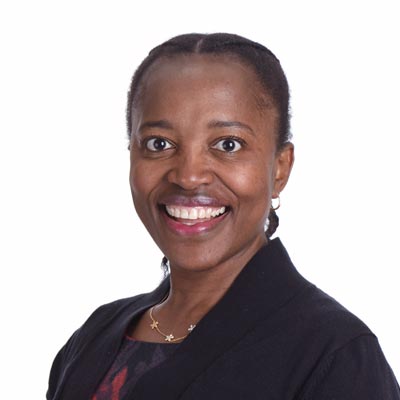 (27 August 2020) – The Thebe Board of Directors has appointed Ms Grathel Motau as Thebe Investment Corporation’s Group Financial Director effective 01 September 2020.  She will also serve as an Executive Director on the Thebe Board.

Grathel has extensive experience in finance encompassing Operations, Accounting, Auditing, Credit, Corporate Finance, Transaction Structuring as well as Private Equity. She will be leaving Mmoni Advisory Services, where she served as the CEO for the past 5 years. Mmoni Advisory Services is a boutique organization that specializes in transaction advisory services for small and medium sized businesses. A qualified Chartered Accountant by training, Grathel also holds a Master of Philosophy degree in Development Finance from the University of Stellenbosch.

She was previously an Audit Partner at KPMG, where she served as a lead engagement partner for several key clients including Eskom Group and Merafe Resources. She held various executive management and advisory roles at organizations that include Blue IQ Investments, National Treasury of South Africa and PetroSA.  She currently serves as one of the independent external members to the Industrial Development Corporation’s Special Credit Committee and FirstRand Group’s Financial Institutions Credit Committee. She holds various directorships as non-executive of several listed companies.

“We are excited to have someone of Grathel’s calibre join the Thebe leadership team. In her capacity as the Group’s Financial Director, she will play a very key and strategic role in assisting the company to achieve its long-term financial sustainability goals, ensure financial prudence and drive Thebe’s funding strategy 2025.  She will strengthen an already resilient team that continues to make good strides in renewing the organisation as it navigates the pandemic impact.” says Sizwe Mncwango, Thebe’s Group Chief Executive Officer.

Grathel is a Fellow of the tenth class of the Africa Leadership Initiative – South Africa (ALI SA) and a member of the Aspen Global Leadership Network, the International Women’s Forum and the African Women Chartered Accountants. She serves as a non-executive director of both ALI SA and St Anne’s Diocesan College in Hilton, KwaZulu-Natal.

The Board wishes to thank Mr Nithia Nalliah for his excellent contributions as the Group’s Interim CFO over the past year. Nithia has carried out his duties with such diligence and prudence during his tenure.  Nithia will remain at Thebe for a period of time to ensure a smooth and seamless transition.

The Board and Management would like to extend a warm welcome to Ms Motau and wish her success in her career journey with the Thebe Group.